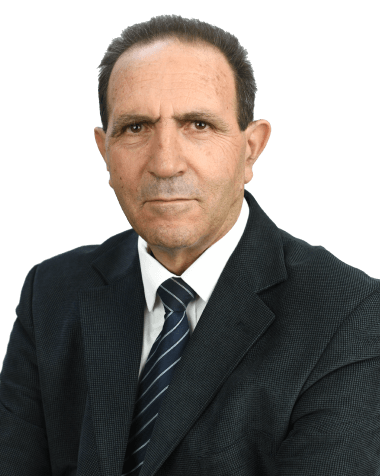 Based on the Parents and Children Relations Act of 1990, Family Law Act of 1975, and generally, Cyprus Family Law regulations, the custody of the children is joint. A child after divorce in Cyprus should be taken good care of by both parents with equal shared parental responsibility.

However, suppose the parents of the children have disagreements regarding the upbringing of the children. In that case, one of the parents, after appointing a lawyer who deals with child custody matters (or a child custody lawyer), can file a custody petition at the District Family Court to set the custody rights and the right of communication through issuing a Court Order.

A custody petition can be filed if the parents separately live or if the children are in Cyprus after divorce.

Suppose one of the parents, for example, disagrees with the other parent while practicing parental care in Cyprus. In that case, the competent Family Court can decide after filing the necessary petition by using the services of a lawyer which of the parents will have custody of the children.

There are different kinds of custody, be it shared custody (joint legal custody), sole custody, or exclusive custody, depending on the welfare and interest of the children, as the Court will decide.

The Competent Court to file such a petition is the Family Court, where the children have permanent residency.

The children’s custody petition can be filed if the parents are divorced or separated. If the Court decides that one of the parents will have custody of the children, then the other parent will have the right of communication with the children, which is also settled through the same petition.

The sole or exclusive custody of the children means that the parent who has it can live with the children at any place of the world and can make decisions about the children without receiving the father’s consent regarding any matters, for example, their education or medical needs if any.

Father’s rights in Custody in Cyprus

If the father is living in Cyprus and the parental care is appointed to the mother by the Court, he will have the right of communication and visitings of the child to his home to spend time together during agreed times.

Also, he will have the right to participate in the decision-making regarding the child’s future and the mother regarding essential matters such as medical care or education. Any agreement between the parents regarding the above should be issued as a Court order legally binding for both parties.

The Court can set any matter concerning the children about their education, health, and traveling abroad if any of the parents requests it.

Can the father gain sole child custody in Cyprus, and what will the Court consider?

Suppose the permanent residency of the children is in Cyprus. If the children are going to school here and have friends or relatives in Cyprus, the custody will likely remain with the parent they are currently living in Cyprus if the other parent lives abroad.

The children’s interests will be taken into consideration, what would be more suitable for their wellbeing, age, and so on based on the facts of each case.

The report from the Welfare Office in Cyprus will be considered by the Court and indicate if the mother is incapable of taking care of her children.

It will also pay attention to facts such as if the children were born in Cyprus or raised in Cyprus from a very young age, the children’s environment, and what is familiar to them, such as Cyprus’s life, culture, climate, overall environment. The Court will consider whether changing that environment for the children would benefit their wellbeing or not.

Timeframe of the petition of Custody of a child in Cyprus

Regarding setting the custody of the children and the timeframe of completing such procedure at the Court, there is no express procedure for this purpose. Each case takes a number, and it will take some time for it to be completed depending, of course, on the parents’ will.

For instance, the parents have the right at any stage of the Custody petition to settle the petition earlier than its completion by issuing a Court order if they both agree on what will be issued. Petition of custody if the parents disagree on what the Court will order, might take around a year or more to finish depending.

What does the legal Custody petition include, and what is the procedure?

In the petition’s content, the facts of the case are written along with the required reasoning. After filing the petition, the petition will be served to the Respondent, and they have the right to appear on the hearing day at the Court or appoint a child custody lawyer to represent them and ask for time to file a defense.

Afterward, the Court will review the facts of the case to decide how to proceed and give relevant instructions to the lawyer.

When the Court order regarding the Custody is issued or when a child maintenance Court order is issued, the parent with whom the children are living can apply to the competent authority to receive a single parent allowance.

Abandoning children is a crime based on article 54 of the Children’s Law Chapter 353. However, when poor custody practice from the mother is noticed, the father can file a petition at the Court to set the custody of the children (i.e., family violence or leaving the children at home unattended).

The Court, in such cases, can issue an order to remove the custody from the mother. She does not exercise parenting appropriately and pass it exclusively to the father under specific circumstances/requirements. The Court always considers the interests of the child and their welfare.